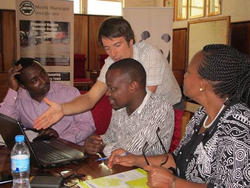 WWF Tanzania and ICLEI Africa recently partnered with the municipal councils in Arusha, Moshi and Dar es Salaam to run a pilot version of the Earth Hour City Challenge (EHCC) for 2014 – 2015.

The EHCC is a global competition in which cities from around the world submit inspiring and credible urban development plans that will make a city greener, cleaner and improve living standards for residents. As cities without concrete climate commitments cannot take part in the competition formally – Tanzanian cities took part in a pilot version to baseline current activities and plan for their future involvement.

In October 2014, a two day interactive strategic review workshop was held in each city in which ICLEI Africa supported the participating cities to report their sustainability related initiatives through the global reporting platform, the carbonn Climate Registry (cCR). Representatives from across the municipal departments came together to stocktake what was already happening in their city to respond to climate change, or to improve lives through energy access or efficiency projects. One of the greatest benefits of reporting to the cCR is that it supports breaking down the silos of government and encourages cross-sector collaboration and understanding.

By December 2014, the 3 cities had jointly reported more than 15 actions to join over 500 cities reporting to the cCR. These actions reflect a great variety of themes, including sustainable cookstoves, waste management efforts and greening/tree planting programmes. 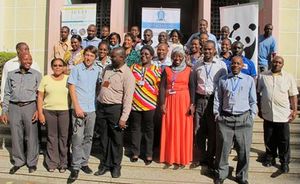 Facilitator of the workshops and co-ordinator of the Tanzanian pilot project from ICLEI – Africa Steven Bland, said: “We learnt a lot from the Tanzanian cities taking part in this pilot. Emissions reductions are clearly not the main policy driver in Tanzania – but the country stands to gain a lot from taking a pro-sustainability approach to development. We look forward to working with these cities in the future to help them take those steps.” 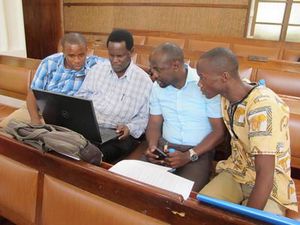 The pilot demonstrated that Tanzanian cities are just starting out on a journey to incorporate more sustainable development practices into city planning. While emissions in Tanzania are currently low, doing development differently provides an opportunity to leapfrog the mistakes of other countries and secure financing in a carbon-constrained world. The upcoming process to review city master plans in many Tanzanian cities is an opportunity to explicitly review plans and policies according to sustainability principles and package resource efficiency projects that can attract investments from national and international organisations.