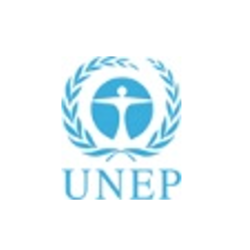 According to a report titled ‘The Adaptation Finance Gap Report 2016,’ which was just released by the UN Environment Programme (UNEP), the cost of adapting to climate change in developing countries could rise to between US$280 and US$500 billion per year by 2050, a figure that is four to five times greater than previous estimates.

Focusing on developing countries, where adaptation capacity is often the lowest and needs the highest, the 2016 Adaptation Gap Report examines the period up to 2050. It assesses the difference between the financial costs of adapting to climate change in developing countries and the amount of money available to meet these costs – a difference known as the ‘adaptation finance gap.’

The report identifies trends and highlights challenges associated with measuring progress towards bridging the adaptation finance gap against the background of the Paris Agreement provisions.

The report finds that, while total bilateral and multilateral funding for climate change adaptation in developing countries has risen substantially in the five years leading up to 2014, reaching US$22.5 billion, there will be a significant funding gap by 2050 unless new and additional finance for adaptation is made available. According to the UNEP, the true annual cost of adapting to climate change in developing countries could range between US$140 and US$300 billion in 2030, and between US$280 and US$500 billion per year in 2050. These figures represent a substantial increase from previous estimates based on a 2010 World Bank Group (WBG) study, which placed the cost of adaptation at US$70-100 billion annually for the period 2010-2050. The report also warns that adaptation costs are likely to increase over time, even if the world succeeds in limiting the global temperature rise to well below 2°C above pre-industrial levels by 2100.

Scaling up both public and private sources of finance, the report states, is required to bridge the adaptation finance gap. It also finds that the 2020 commitment by developed country parties of mobilizing US$100 billion per year for adaptation and mitigation until 2025 and of increasing that commitment post-2025, as reflected in the Paris Agreement, could “go a long way” towards bridging the adaptation finance gap, assuming an equal allocation of finance between adaptation and mitigation. The report concludes that implementation of the Paris Agreement offers opportunities for addressing the adaptation finance gap and that the Nationally Determined Contributions (NDCs) represent a valuable starting point for such efforts, noting that the NDCs’ adaptation components indicate that current costs exceed current finance levels.