Bringing nature back into cities: How Tanzania is prioritising nature in a time of concrete, bricks and cement. 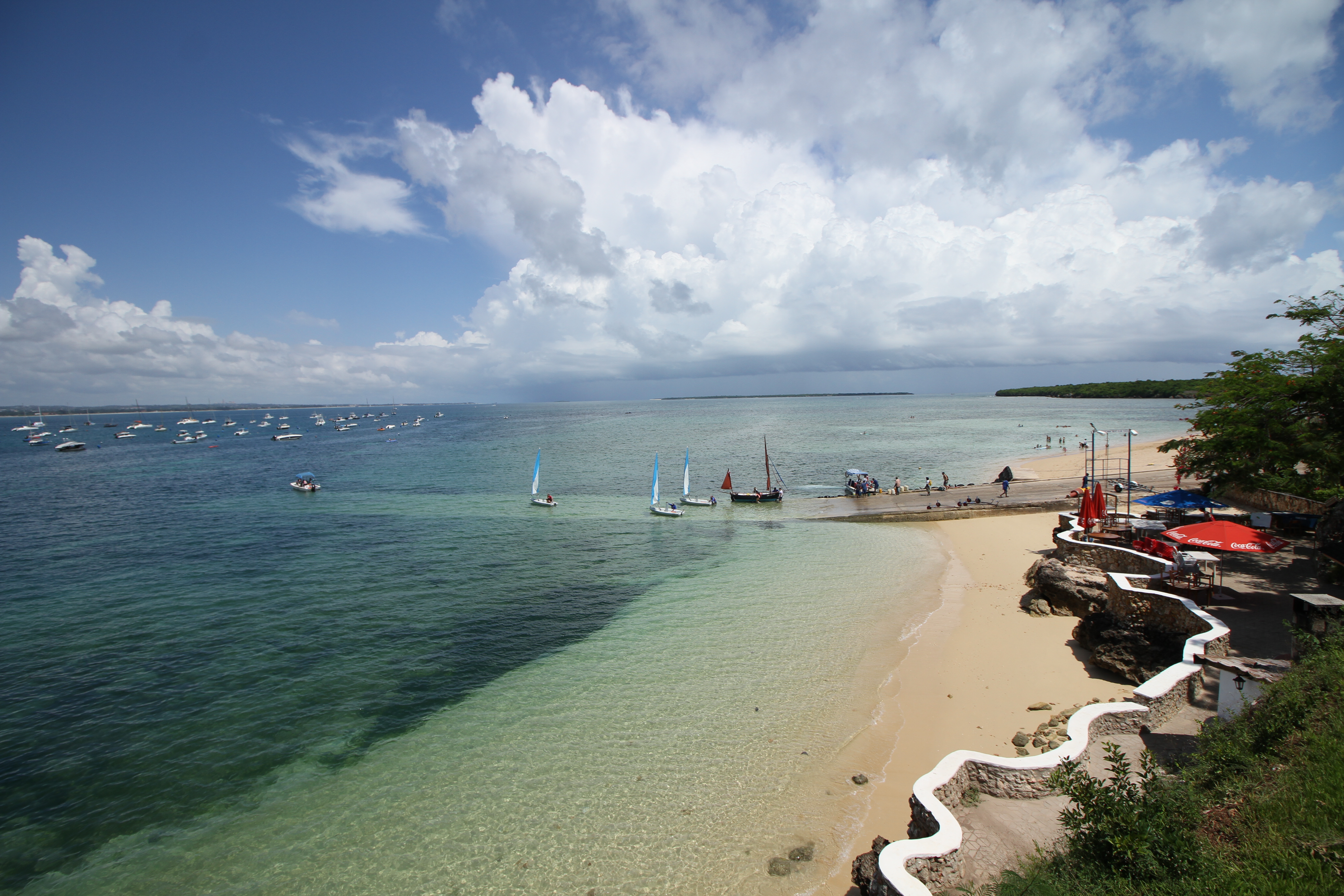 The National Government of Tanzania is moving towards taking formal steps to protect and enhance nature in cities as they expand to accommodate their mushrooming populations. ICLEI Africa is assisting to facilitate the process to ensure nature is prioritised and effectively integrated in the country’s planning processes.

Dar es Salaam, the former capital of Tanzania, is a coastal city located along the east coast of Africa. The city is low-lying, urban sprawl has occupied the flood plain and coastal erosion threatens to impact coastal development. Annual flooding associated with increasingly heavy seasonal rains compounds the issue by compromising the structural integrity of houses, impacting the flow of traffic, damaging personal goods and contaminating the drinking water, putting people at risk from waterborne diseases like cholera, diarrhoea and typhoid.

In 2018 the city of Dar es Salaam received significant funding to build a seawall to combat coastal flooding and erosion; yet there was a time when the city had no need for such infrastructure. Many years ago, the shores of Dar es Salaam were covered in mangroves which formed a protective fringe along the coastline. The mangroves buffered the city against the impacts of storm surges and high waves, protected it against coastal erosion and even providing ‘fish nurseries’ for fish to mature in before heading out into the ocean. Today, with the exception of a small remaining mangrove population at the mouth of the Msimbazi River Basin and around Selander Bridge, the mangroves have largely been cut down to make way for coastal development. This leaves Dar es Salaam defenceless at a time when urban planning and development control, and building resilience to the possible future impacts of climate change, is at the forefront of everyone’s minds.

In Tanzania, urban development is guided by the Tanzanian National Planning Guidelines. However, this document hasn’t been updated for more than a decade. The most recent iteration, the 2007 Tanzania Planning Guidelines (developed in line with the 2007 Urban Planning Act, the 2000 Human Settlements Development Policy and the 1999 Land Act of Tanzania) makes no provision for climate change and nature’s benefits in urban settings, nor does it make provision for urban resilience.

However, what the guidelines lack in terms of planning for nature, those living and working in Tanzania have been making up for informally. In recent years, environmental agencies have introduced mangrove rehabilitation projects along the coast of Dar es Salaam to kick start the process of protecting the city against the impacts of climate change. However, the core of the problem persists: city planners are guided by an increasingly outdated document that does not account for current challenges. Developers can thus continue unabated as they have for the last 12 years, which leaves any and all natural buffers and ecosystems at risk, and effectively places cities at risk from losing the protection of nature.

Fortunately for cities across Tanzania, including Dar es Salaam, in 2018 the Ministry of Lands, Housing and Human Settlements Development (MLHHSD) expressed a need to revise these guidelines to include more current legislation, as well as address new urban challenges including, but not limited to, planning for climate change resilience building by incorporating nature into the city.

As part of UNA: Rivers for Life project, ICLEI Africa appointed Dr Ally Namangaya and Dr Nestory Yamungu, senior researchers from Ardhi University based in Dar es Salaam, to investigate and develop recommendations for updating the guidelines. This research culminated into a recent workshop with key sectors including President’s Office for Regional Administration and Local Government (PO: RALG), the Vice President’s Office (VPO), MLHHSD, the Tanzania Town Planner Registration Board, Tanzania Association of Planners, as well as city officials located in Dar es Salaam and the surrounding regions to start the discussion process on how to move forward. Drs Namangaya and Yamungu presented their findings to city officials and highlighted the current gaps in the guidelines. City officials then collectively came up with recommendations for updating the guidelines to support cities across the country with planning by including nature and enhancing urban resilience.

“As planners we have the power and responsibility to influence thinking about planning for a more sustainable future. If you change your mindset, you can change the world” – Dr. Ally Namagaya from Ardhi University, Dar es Salaam

The outcomes of the workshop have been developed into a formal Recommendations Report to update the 2007 Tanzanian Planning Guidelines. This will be presented to MLHHSD and PO: RALG to take forward. Once these offices endorse the guidelines, planners at all levels across the country will be obligated to use them whenever new developments are proposed. This will officially change the way Tanzania plans, ensuring more sustainable, nature-inclusive and climate resilient development. 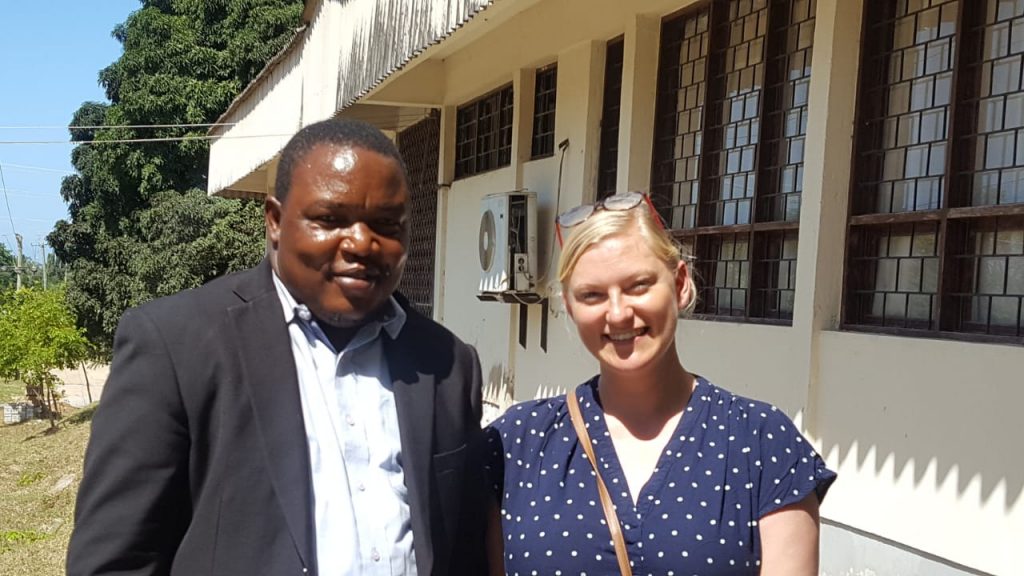 In some countries it’s hard to convince leaders of nature’s importance, but in Tanzania, where there is a strong appreciation for nature’s benefits, officials didn’t need much convincing. The recommendations which will guide the update of the 2007 Tanzanian Planning Guidelines are about integrating nature into cities, responding better to, and planning for, the impacts of climate change, and allowing more integrated planning across the different levels of government.

These recommendations aim to use nature to address the challenges cities are facing – like storm surges and excessive heat. One recommendation is that the guidelines include undertaking sustainable mangrove planting in coastal areas. An official mangrove rehabilitation plan for a city such as Dar es Salaam will help protect it from sea-level rise and storm surges whilst at the same time re-creating fish nurseries to support local livelihoods. Another recommendation is to strengthen the enforcement of a bylaw already in place: to ensure that all development plans promote tree planting and green spaces in cities and that every landowner plants a minimum of two trees per plot. Trees will help cool cities as global temperatures rise. These kinds of nature-based solutions (NBSs) will help the city deal with challenges associated with both climate change and rapid urbanisation whilst bringing nature back to cities.

For further information of the natural assets of Dar es Salaam specifically, refer to The Value of Nature in Dar es Salaam Map, an illustrated map showing the city’s natural assets developed as part of ICLEI Africa’s INTERACT-Bio project. Dar es Salaam’s natural assets include not only the mangroves, but also beaches, rivers, coastal and Afromontane forests, birds, bats, monkeys, and rich marine life. The map will accompany the updated Tanzania Planning Guidelines and help officials plan to protect these resources, which have the potential to provide numerous ecosystem services. These include enhancing fresh water, providing food and timber; helping to cool the city, reduce air pollution and protect against natural disasters; and create opportunities for tourism, recreation and relaxation as well as a sense of place. Read more about the robust mapping process and its outcomes here.