Food and the city: A three-part reflection on indigenous foods and their interactions with the city

The advantages of indigenous foods include reconnecting us with our roots; offering higher nutritional value than their exotic counterparts; and supporting a resilient and sustainable food source, especially in the face of climate change (De Bruin et al., 2018).

It is argued that indigenous foods have a direct connection with good quality diets, improved food and nutrition security, and ecological biodiversity. Over the last century, people have adopted a modern take on food, through the rise in industrial agriculture and commercialised markets. This focusses more on quantity of calories than nutritional quality, and has seen a decline in the consumption of indigenous foods.

However, approximately 7000 plant species constitute wild food sources. Unfortunately, we have incomplete understanding of these foods, and know less about the nutritional value that they can offer. Improving our knowledge about indigenous food nutrition is vital. Generally speaking, where indigenous foods are available, they are consumed. In rural communities for example, indigenous foods are preferred for their medicinal value. Where indigenous foods are offered in urban markets, they are consumed. However, younger generations in particular seem to be more interested in commonly available, conventional vegetables such as spinach and cabbage, and are attracted by the aspirational ‘modern’ foods that tend to be high in fats and sugars. This means that local food cultures are often viewed as less desirable than fast food and global cuisines. This poses risks to health and food security, and urban food system sustainability. Improved food security, diet diversity, proximity production and local access are important reasons for improving the uptake and indigenous foods locally, on a global scale. (Mbhenyane, 2017).

Indigenous food can be a very important lever for preserving and enhancing culture, particularly in Africa. Certain food holds specific significance to certain events. For example, in Uganda, Simsim is prepared during marriage ceremonies in Baganda culture. Nursing or breastfeeding mothers would be given young pumpkin fruit sliced, cooked, mashed and mixed with vegetable or goat soup, and banana juice among the Baganda communities. The Small East African goat is used for dowry payment and gifting in ceremonies in northern Uganda (Kimani et al., 2020).

Finally, indigenous foods can have limited impacts on, and indeed regenerate, the environment, mainly due to their occurrence and spontaneously growth in natural ecosystems. Indigenous food is thus strongly related to indigenous biodiversity, placing less strain on the environment from a production perspective. Indigenous crops can require limited water or use of fertilisers. Increase in indigenous cropping can lead to increases in biodiversity, which in turn can improve ecosystem function and services, and reduce the impacts of climate change.

Part 2: Cities for food – a creative reflection on indigenous foods and our cities

These collages illustrate a relationship between wholesome foods and African cities and to emphasise the importance of integrating wholesome, local and natural foods within urban environments.

Nature and cities should not be separated. Instead, an interrelationship should be encouraged and embraced where both nurturing, wholesome and sustainable foods as well as thriving urban environments are of equal importance. This series manifests these unique connections in Africa. 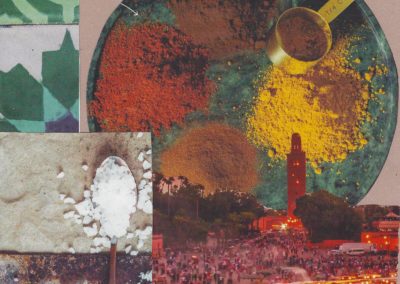 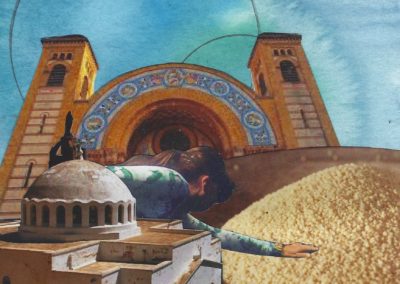 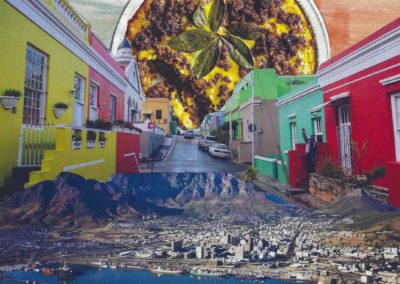 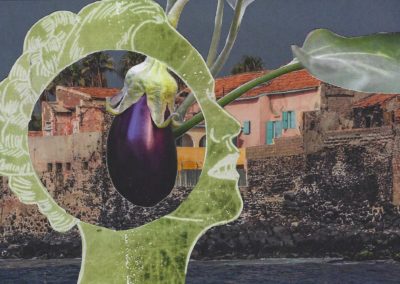 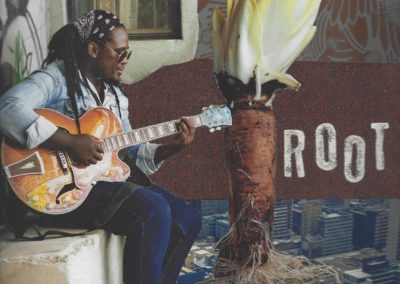 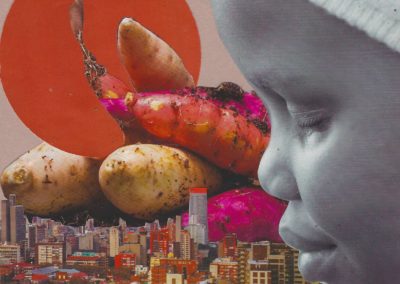 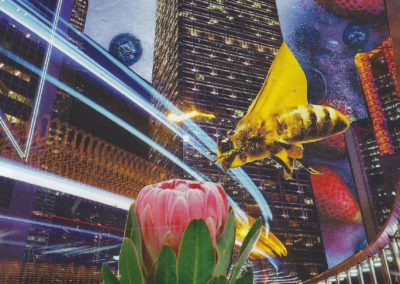 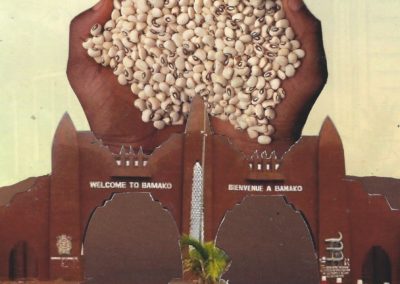 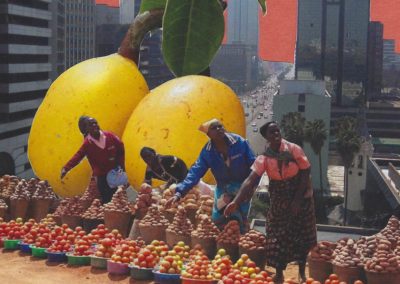 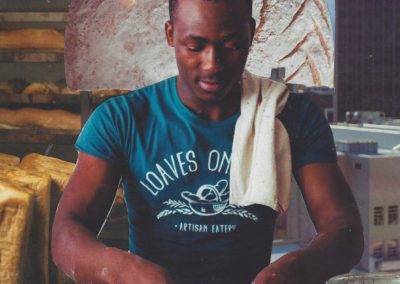 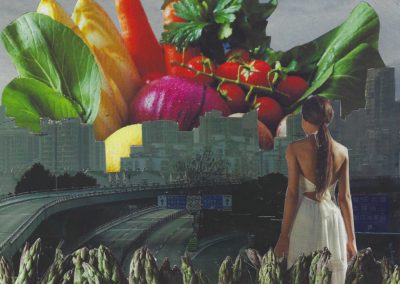 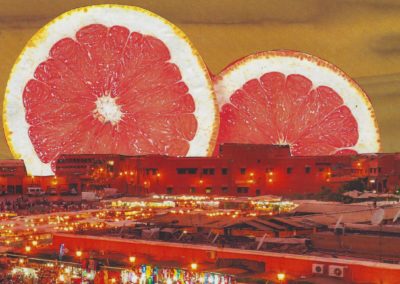 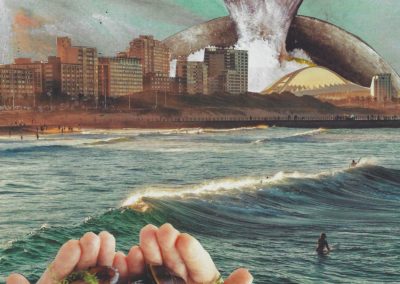 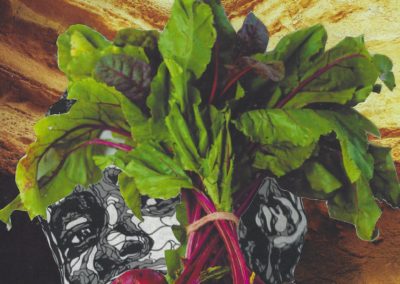 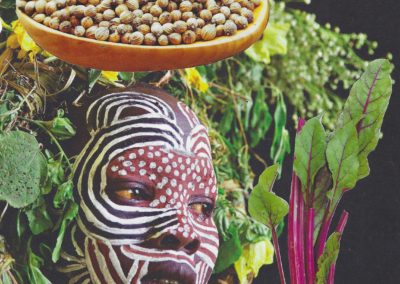 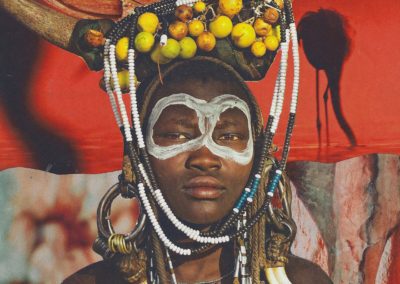 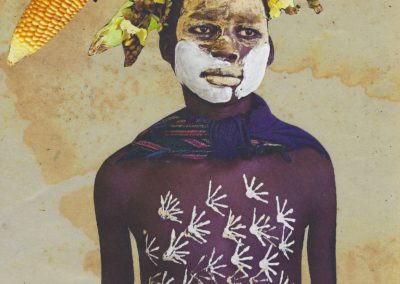 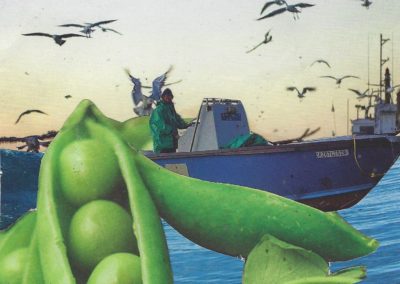 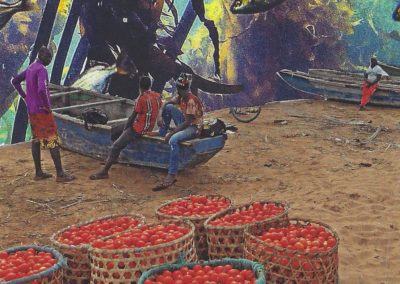 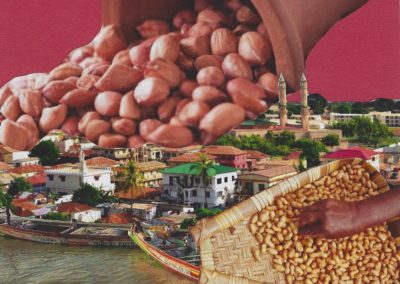 Part 3: Beauty and the feast: best of both

One day I embarked on a venture of amateur photography around the yard in an attempt to get some photos of vegetables and fruits.
After I had taken the photos, I realised there were over 22 different types of vegetables in just one yard. These vegetables included wild, cultivated and local vegetables that I know like amaranths, blackjack and sweet potato leaves. I got curious! What else is out there that is edible? I also learnt about typha grass (cattail) that was growing in a dam nearby. Roots, stems and flowers of typha are edible and have culinary uses.

Did I mention the trees that I also found that have food, culinary, medicinal and cosmetic uses? Trees like pomegranate, willow, moringa, curry leaf, lemon and mulberry. Hibiscus flowers and gooseberries were also among the discoveries.

And this place does not look like a jungle but an ordinary, well-kept urban homestead. The photography that started as a response to a need for photos for the work I am doing in six countries on Food Based Dietary Guidelines become an exciting quest. What if urban dwellers want to keep their yards beautiful with the flowers they have; but have a bounty of an edible garden?

I paced around the neighborhood with a quest to find edible plants that offer similar ornamental and aesthetic value provided by usual flowers people adorn their gardens with, but that also provide nutrition. Below are some of my six picks. 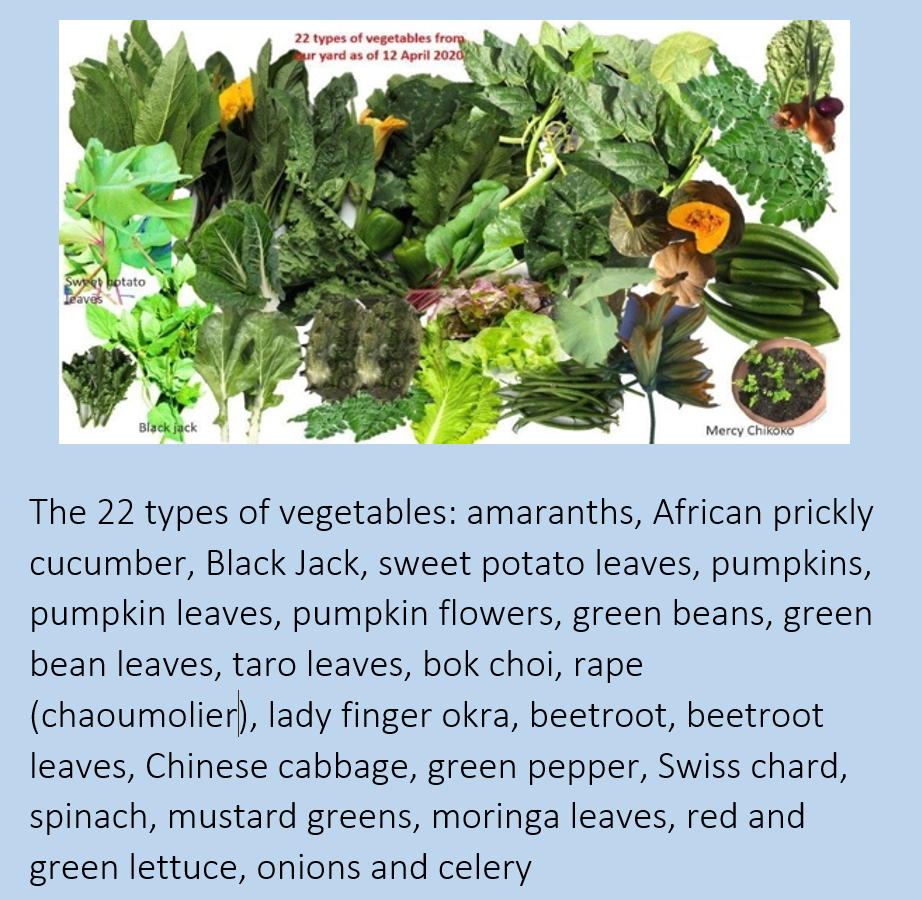 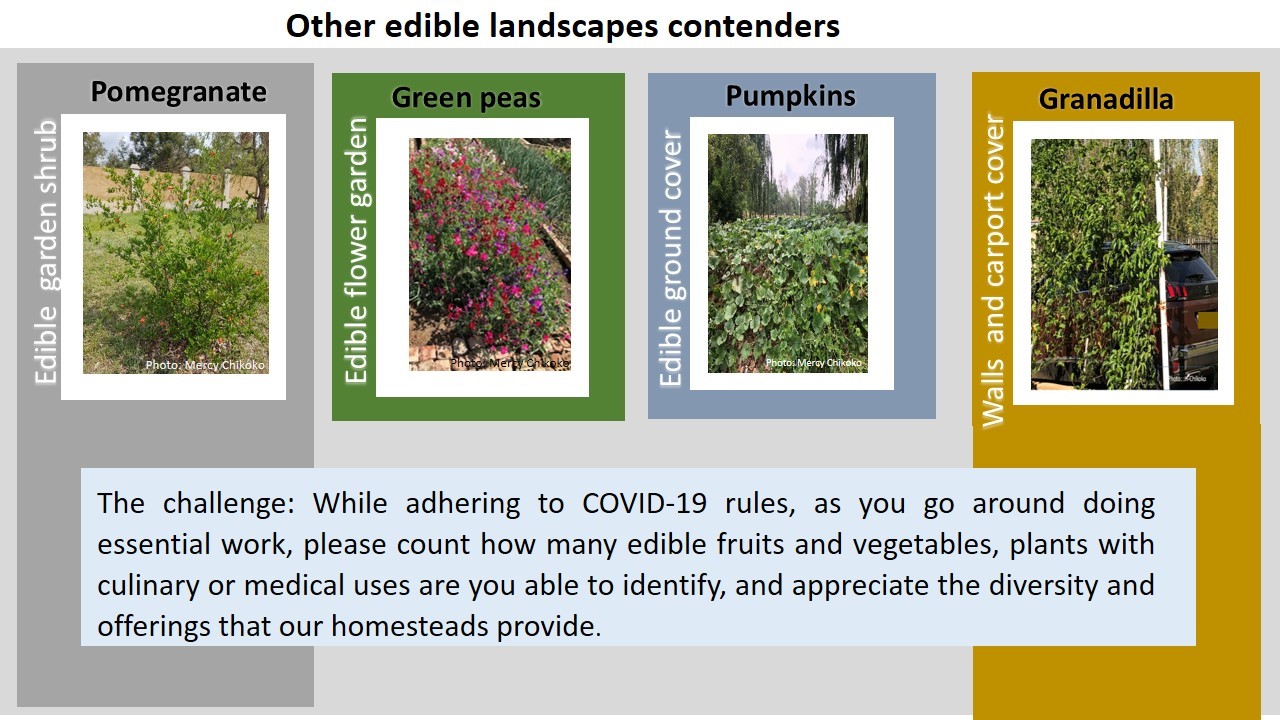 Dr. Mercy Chikoko works for the Food and Agriculture Organization (FAO) of the United Nations as a Nutrition Officer for Southern Africa. However, the opinions expressed in this article are of the authors in her personal capacity. The article is an observation and not offering nutritional, medicinal or botanical advice.