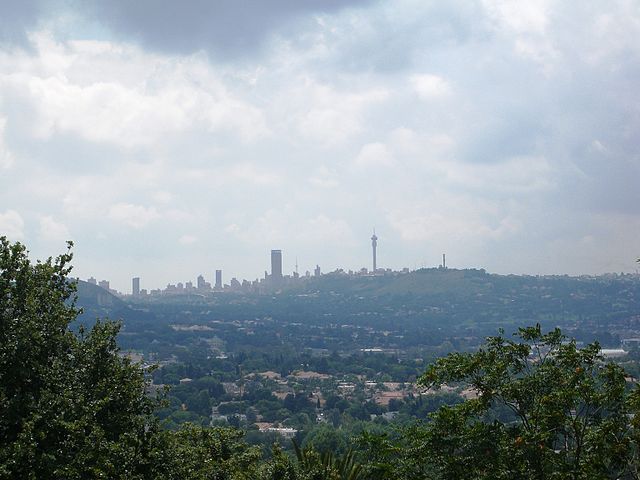 Gauteng, demographic and economic hub of South Africa, has joined ICLEI, the global network of cities and subnational governments leading the way towards a sustainable urban future.

“It is our pleasure to announce the news and welcome this important second tier subnational government, which now joins many of its fellow African cities, towns, districts and provinces, as a full member of ICLEI,” says Kobie Brand, Director of ICLEI Africa.

“We are delighted to announce this historic move, by which our government is coming together with others – from across Africa and the world – to build a better and more sustainable future for our people. Regardless of the tier of government – National, Provincial, District, Local – we are facing similar challenges and need to connect in order to meaningfully address them,” says Mr Mpho Nawa, Chief Director in the COGTA Department, Gauteng Provincial Government. “For us, ICLEI is an inclusive vehicle for Africa’s subnational governments of all tiers to work together to drive real change, to improve quality of life and build a sustainable future for our children.”

In geographical area, Gauteng may be the smallest province in South Africa, but it is home to almost a quarter of the country’s population, and generates roughly a third of its gross domestic product (GDP). This metropolis’s fast-growing population is young and vibrant, bringing together a wide range of languages, cultures and economic backgrounds. The name “Gauteng” (“place of gold” in the Sotho language) is a reference to the region’s gold mining history. The modern Gauteng Province however, has a diverse economy and serves, for many travellers and international organisations, as a gateway to Africa.

The Province is also active in the sustainability arena. The influential Gauteng Provincial Environmental Management Framework (GPEMF), which is produced and regularly updated by the Gauteng Department of Agriculture and Rural Development (GDARD), replaced the many other environmental management frameworks in the province, in order to guide and direct the planning and land use management, and ensure that it incorporates principles of sustainability. Crucially, it has contributed to streamlining the Environmental Impact Assessment (EIA) process, so that it remains effective but does not constrain development in general. Informed by the Province’s biennial Quality of Life surveys, Gauteng has moved rapidly on promoting water conservation, such as supporting rainwater tanks at schools for the school food programme (implemented in over 600 schools). It has also worked on ecosystem rehabilitation (especially wetlands) and on mainstreaming climate change into provincial programmes. Another of Gauteng’s focus areas is encouraging the green economy through waste recycling projects, which create jobs while reducing pressure on landfill sites.

Gauteng’s links with ICLEI go back many years. Several of the Municipalities within Gauteng, such as the Cities of Ekurhuleni, Johannesburg and Tshwane – all three Metropolitan municipalities – are ICLEI members. Sedibeng District, a large Gauteng Municipality that encompasses several other (Local) Municipalities, is also a long-standing ICLEI member. Therefore, in the spirit of vertical integration, it is appropriate that the “golden” province itself is now joining more than 1 000 other cities, provinces, towns, villages and metropolises from around the globe, committed to building sustainable, resilient, low carbon and inclusive urban communities.

On behalf of its fellow African subnational governments, ICLEI Africa would like to extend a warm welcome to Gauteng Province!