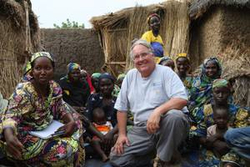 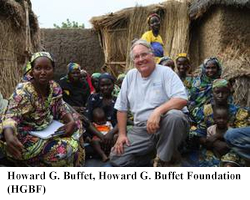 The Howard G. Buffett Foundation (HGBF), a private foundation in the United States; the Nature Conservation Trust (NCT), a South African public benefit organization (PBO); and South African National Parks (SANParks) today announced an historic RAND 255 million (USD $23.7 million), three-year initiative to combat rhino poaching in Kruger National Park and test anti-poaching tactics that can be applied in other regions of Africa, where poaching can be a source of funding for armed groups.

The effort in Kruger will create an Intensive Protection Zone (IPZ) using sophisticated detection and tracking equipment and infrastructure on the ground and in the air; elite canine units and highly-trained ranger teams; and improved intelligence gathering and observation and surveillance systems. Kruger is currently home to over 40% of the world’s remaining 22,000 rhinos, the largest single population of rhinos in the world. Since January 2010, 1,383 rhinos have been poached from Kruger National Park, part of a larger assault that resulted in 2,368 rhinos poached in South Africa over the past few years. In some areas of Africa, entire populations of rhino have been eliminated.