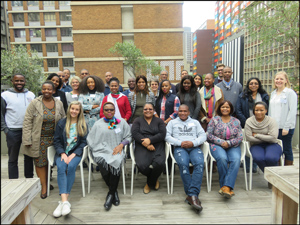 On 29 May 2018, the Urban LEDS-II Summit, held in Gauteng, brought Urban-LEDS project cities from South Africa together to share the various challenges their cities face in relation to climate change, as well as the opportunities in addressing these challenges, in a peer-to-peer exchange.

The second phase of this flagship project, “Accelerating climate action through the promotion of Urban Low Emission Development Strategies“, or “Urban-LEDS II“ for short, is being implemented from 2017 to 2021. Not only does this exciting new phase include the expansion of the project to new countries, such as Rwanda, but it also continues to contribute to the reduction of greenhouse gas emissions and improved climate resilience in South Africa’s project municipalities.

The discussions held provided the cities the opportunity to share and find commonalities about their successes, challenges and current climate actions, and to learn from one another. 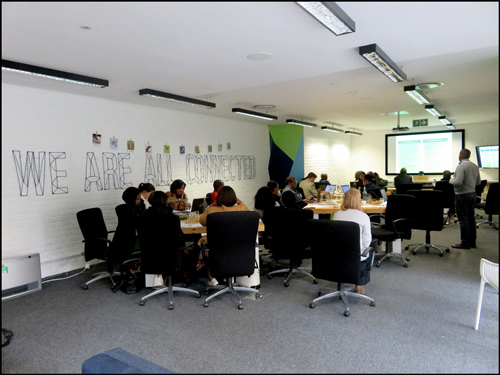 A Cities and Regions Talanoa Dialogue was held at the Urban-LEDS ll Summit. Here the South African Urban-LEDS ll cities were able to share their experiences and knowledge about South Africa’s Nationally Determined Contributions (NDCs) and Monitoring, Reporting and Valuation System (MRV). This dialogue had a specific focus on the role of local government and how municipalities can be included in these processes to a greater extent. 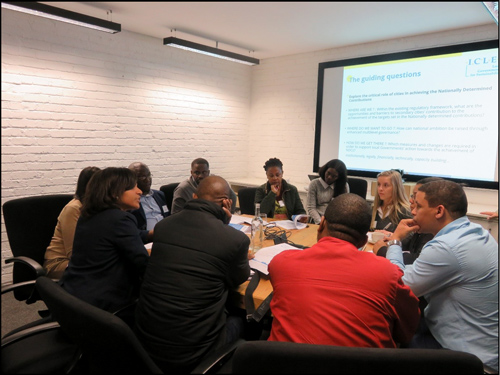 This event was organised to meet the need for capacity building in local government on financing, as well as to allow public and private sector representatives to meet and learn more about each other’s needs. Fiscal policy lies at the heart of creating an enabling environment for embracing sustainability and climate resilient development. This is further supported through the Integrated Urban Development Framework (IUDF), which identifies sustainable finances as the ninth policy lever to achieve the desired urban form in South African cities. Often, the financing of projects and municipal finances is seen as a barrier to implementing innovative solutions and climate resilient development in municipalities throughout South Africa; as experienced in the work of both WWF South Africa and ICLEI Africa. 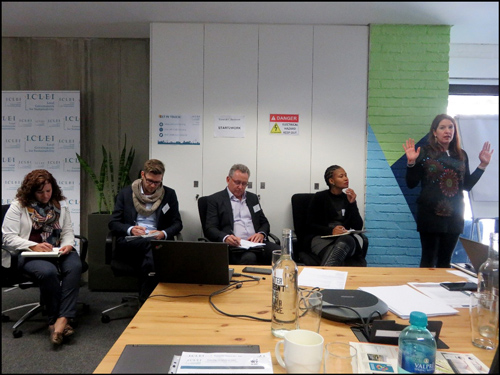 Municipal revenue in South Africa is generated through a range of sources including intergovernmental transfer payments, national grants, subsidies, rates and taxes, and the sale of electricity and water. Other than some metropolitan municipalities, secondary cities are largely dependent on these sources of income. This is a concern for many municipalities in the current context of increased resource insecurity and fiscal constraints.

Additional funding is difficult to obtain as very few municipalities are able to raise their own financing. This is due to poor credit ratings, high levels of perceived risk by financial institutions, a lack of technical knowledge on the complexities of these finance mechanisms, as well as limited internal capacity to develop “bankable” projects. In a context of climate change, municipalities can expect to receive far lower incomes from the sale of electricity and water. This is due to a complex combination of factors: residents and businesses are reducing their resource use as energy efficiencies rise, along with forced reductions in resource consumption due to limited availability, such as during droughts, and making use of increasingly accessible off-grid technology.

It is against this background that ICLEI Africa and WWF South Africa partnered to host this event, with the purpose of providing municipalities with an overview of opportunities and tools for financing climate projects, innovative municipal financing and practical guidance to access these.

The Urban-LEDS II project cities were able to learn more about what alternative financing options and platforms are available for climate mitigation and adaptation projects. This will support the implementation of low emission development strategies and actions for improved climate resilience in South Africa’s secondary cities.