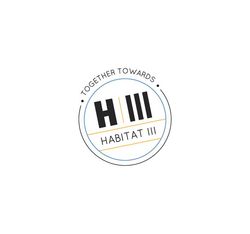 ICLEI shares the vision of building a world of local action and outcomes of World Congress 2015 with HABITATIII delegations attending the Second Meeting of the Preparatory Committee in Nairobi, Kenya on 14-16 April 2015.

ICLEI arrives at the 2nd Preparatory Committee Meeting of HABITATIII with the outcomes of the ICLEI World Congress 2015 held on 8-12 April, in Seoul, Republic of Korea, including; the announcement of its global leadership, adoption of ICLEI Seoul Declaration and ICLEI Seoul Plan that will provide the political and strategic guidance in the period 2015-2021, celebration of the achievements in its first 25 years, and announcements of numerous partnerships and initiatives that strengthen the organization, its members and partners.

On the verge of HABITATIII PrepCom2, ICLEI underlines;

– the growing ecological crisis posing the potential to nullify the social and economic progress achieved so far;

– the difficulties of the global community to address global problems in an ambitious and coordinated manner, despite the rise of the efforts on sustainability since Rio+20;

– the progress in action and unity of local and subnational governments and their networks in turning an urban problematique to an urban advantage;

– and the growing interest from UN and national governments to create alternative models for working with cities.

While being committed to provide constructive inputs, pursuant to its longstanding engagement in the global consultations and negotiations on sustainability, considering the scale and urgency for bold actions, ICLEI announces that it will prioritize its efforts to enhance and globalize innovative and ambitious practices of its members on sustainability by full implementation of ICLEI Seoul Declaration and ICLEI Seoul Plan for 2015-2021, through strong collaborations with all partners.

Within this scope, expectations of ICLEI in the HABITATIII Agenda are listed as follows;

I. Advancing with ICLEI´s institutional priorities;
a) building urban alliances for the implementation of UrbanSDG and other SDGs,
b) reconnecting our Urban Region through the Urban Nexus approach
c) advance with the development of the Future Urban Professional.

II. Expectations from national governments on the New Urban Agenda;
a) Make UrbanSDGs and sustainability goals a mandatory vision for the new Urban Agenda
b) Address urbanization by providing legal and financial frameworks
c) Introduce low-carbon, resilient, productive, biodiverse and human cities as a guiding principle
d) Strengthen local and regional levels of governance
e) Provide sufficient resources and capacities to these levels

III. Expectations on governance in the post HABITAT-III Period;
a) Enhancement and consolidation of the dialogue and collaboration of the UN system with local and regional governments
b) Advancement in the full operationalization of the para. 42 of the Rio+20 Outcome Document which formulates the concept of local and subnational governments as governmental stakeholders of the national and global regime on sustainability, taking into account past experiences like UNACLA and achievements in climate, biodiversity, DRR and 10YFP

The activities that ICLEI will be engaged at HABITATIII PrepCom2 are listed below (in chronological order):