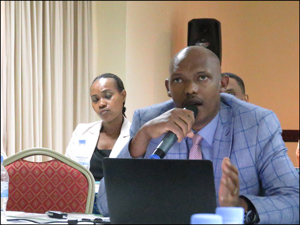 The focus and approach of the project in Rwanda were successfully agreed after a day-long workshop held where valuable discussions took place between representatives from ICLEI Africa, UN Habitat and key stakeholders in Rwanda.

Representatives from ICLEI Africa and UN Habitat visited the City of Kigali, Rwanda, from 26 to 28 March 2018. The visit provided an opportunity to meet with key stakeholders during a full-day workshop involving representatives from a range of national government departments, agencies and development organisations in the country. Most importantly, the Urban LEDS II project in Rwanda was officially launched.

During the first two days, UN Habitat and ICLEI Africa conducted strategic interviews with key stakeholders from the climate change and energy sector in Rwanda. The aim of these interviews was to better understand the overarching climate change system in Rwanda, especially the relationship between national and local levels of government, and identify the needs of these stakeholders towards the implementation of Nationally Determined Contributions (NDCs).

Amongst others, representatives of the Ministry of Infrastructure (MININFRA), the Rwandan Association of Local Governments Authorities (RALGA), the Rwandan Environment Management Authority (REMA) and the City of Kigali were interviewed. Interviewees also included technical actors operating in the field of climate change, such as Global Green Growth Initiative.

The third day was dedicated to the official launch of the project. A full-day workshop gathered representatives of the Ministries, local governments and international organisations. The Rwanda Environmental Management Authority (REMA) opened the meeting by acknowledging the importance of this project in Rwanda’s efforts to address climate change issues.

Those in attendance represented the:

Together, they agreed that this project will focus on three model cities: City of Kigali, District of Rhubavu and District of Musanze, with the Districts of Huye, Nyagatare, Ruhanga and Musizi as learning cities. It was also agreed that the Urban LEDS ll project would emphasise the following in its approach:

The afternoon session was dedicated to discussions on climate finance, multi-level governance and the creation of synergies with existing projects and stakeholders. 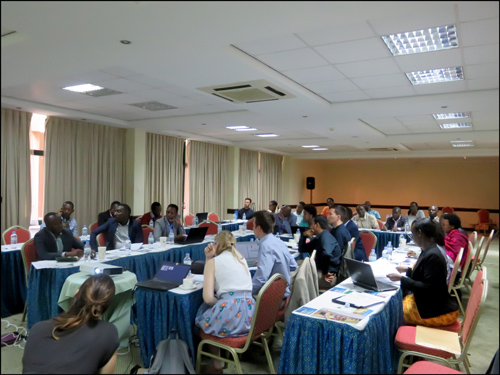 Given the enthusiasm and constructive dialogues triggered by the launch of the project, ICLEI Africa and UN Habitat expect this second phase of Urban LEDS to be a great success in Rwanda.