How do we improve the productivity and co-benefits across food, water and energy sectors, and how can we use nature’s benefits to do this, while restoring nature in the process?

The IFWEN project, which convenes ICLEI Africa, Fundação Getulio Vargas (FGV), Stockholm Resilience Centre (SRC), The Nature of Cities (TNOC) and Yale University, seeks to explore these questions. The project aims to understand how we can innovate for improved interactions between food water and energy sectors, for social, environmental and economic benefit, and how we can draw nature-based solutions into such innovations. More particularly, the project is hoping to develop tools for improving innovative governance of nexus and nature in urban contexts. This is an ambitious task, given that there are wide definitions of innovation, which are often subjective, and that no standardized definition of nexus is yet deployed – rather nexus is thematically described as interactions between elements or systems. 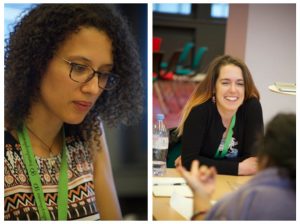 These blog posts, shared over the next year, will offer key ideas, anecdotes and stories emerging from the IFWEN project, as well as insights from the cities engaged in the process.

As a first step, the project sought to build shared understanding of what innovation might mean, and to explore how we approach the concept of food-water-energy nexus in practice. 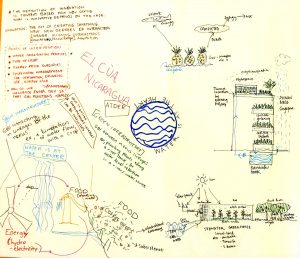 Policy-makers from selected cities – the Lord Mayor of Dodoma, Prof Davis Mwamfupe and Mr Allan Kwanjana, Director: Parks, Recreation and the Environment, Lilongwe City Council – participated in the IFWEN session at the TNOC Summit. This exposed them to debates around innovation and afforded opportunity for the ICLEI Africa project team to conduct interviews on the city surveys with the Mayors and explore initial project findings.

The ICLEI Africa team has also conducted interviews on the city surveys with officials in the City of Johannesburg and of Antananarivo and explored initial project findings with them.

From this discussion, we must be aware that the newness of innovation might not only be about how novel the technology or approach is to the world, but may be related to the context in which it’s applied: sharing and spreading ideas can also constitute innovations. Further, we can take inspiration from natural processes which have been effectively functioning for millennia and apply them to current needs. Finally, innovation may not require action but rather an enabling environment for the unexpected. 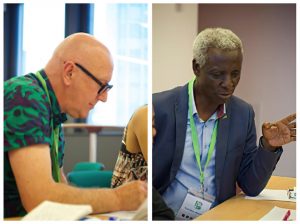 When exploring nexus, two key observations emerged: Firstly, food is often the entry point or key motivation for why a nexus approach is attempted in out cases – the desire to ensure healthy and stable food systems requires provision of reliable resources. Secondly, while food is the entry point, water is the most important resource to assure the stability of food and energy systems. “Water is at the heart,” given its potential energy and its basis for life. Insights from this session have been complemented with a number of nexus and green and blue infrastructure case studies in cities around the world that describe and analyze the capabilities needed by urban actors for implementing nexus projects.

These themes will set a basis for deeper discussion at a project team meeting coming up in Sao Paolo in September 2019.