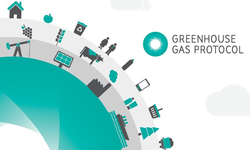 Cities are an integral part of the global effort to tackle climate change, but they have been lacking a consistent and transparent way to measure and report emissions – until now. Over 100 cities worldwide are now using beta versions of the GPC to measure their emissions, including 35 cities that piloted the standard over the last year. The 100 cities using GPC represent over 1.1 Gigatons of GHG emissions and are home to more than 170 million people, comparable to Brazil’s entire emissions and population.

“If we want to turn the tide against climate change, cities will need to lead the way. Compact and efficient cities can dramatically reduce emissions and will drive innovation and sustained economic growth,” said Dr. Andrew Steer, President & CEO, World Resources Institute. “Until recently there has been no consistent way to measure city-level emissions. Now, that has changed. We now have a common international standard to inform strategies to cut emissions and create better, more livable cities.”

Inventory methods that cities have used to date vary significantly, raising questions around data quality, and limiting the ability to aggregate local and subnational GHG emissions data. With the GPC, however, cities are required to measure and report a comprehensive inventory of GHG emissions following the same accounting principles established by the 2006 IPCC Guidelines for National Greenhouse Gas Inventories.

The GPC also underpins the global Compact of Mayors, the world’s largest cooperative effort among cities to reduce GHG emissions, track progress and prepare for the impacts of climate change. The Compact – endorsed by preeminent global city networks – has adopted the GPC as part of its core activities to raise the level of ambition and quality of city GHG inventory reporting. Using GPC, cities can report emissions through the carbonn Climate Registry, the Compact’s designated central repository, as well as through existing city reporting platforms such as the CDP.

“The Compact of Mayors that we launched at the UN Climate Summit is drawing attention to the powerful work cities are doing to confront climate change and helping them build on their progress,” said Michael R. Bloomberg, the UN Secretary General’s Special Envoy for Cities and Climate Change and C40 Board Chair. “The GPC’s standardized system for measuring and reporting emissions is a critical component of the Compact. It will help cities see what climate strategies are working, better target their resources, and hold themselves accountable for results. The more cities take part in the Compact and adopt the GPC, the greater impact it will have.”

“Building a greenhouse gas emissions inventory enables city leaders to manage their emissions reduction efforts, allocate resources and develop comprehensive climate action plans,” said C40 Chair, Rio de Janeiro Mayor Eduardo Paes. “With the launch of the GPC, cities now have a consistent, transparent and internationally recognized approach to measuring and reporting citywide emissions, allowing for credible comparison and aggregation across timescales and geographies. I strongly encourage other cities around the world to join the Compact of Mayors and take up this new standard as a key step in the global fight against climate change.”

Gino Van Begin, Secretary General, ICLEI said: “As a global city network we support local governments with practical technical guidance and conduct climate advocacy on their behalf in various international forums. We do this to guide their local climate action and achieve ambitious goals. This new Protocol is one of the most strategic documents released this year to support cities and towns across the globe. We hope all local governments will use GPC and report according to this new standard.”

• Guangdong, China, is using the GPC to analyze its greenhouse gas emissions trends and design a roadmap towards emission peak. WRI China provides training and technical advice to Guangzhou to apply the GPC.
• Rajkot, India and seven other Indian cities – home to almost 11 million people – set up their very first GHG inventories using beta versions of the GPC. The GPC guidance has helped Rajkot (one of the GPC pilot cities) plan and implement actions to achieve its 14% CO2 emissions reduction target by 2016 (based on 2011 base year).
• Rio de Janeiro, Brazil, conducted GHG inventories for 2005 and 2012 as part of the GPC pilot program. With these results, Rio implemented a series of low-carbon transport, waste management, forestry, and energy efficiency projects. So far, these actions have avoided 378,000 tons of CO2 emissions.
• Wellington City, New Zealand, participated in the GPC pilot program to develop a GHG inventory for the Wellington Region (including Wellington City and seven other cities) as part of its new climate change action plan to lower GHG emissions by 30% by 2030 and 80% by 2050 (from 2001 levels).
• Johannesburg, South Africa, conducted its first ever city-wide GHG inventory using the GPC to establish a 2007 baseline. Total greenhouse gas emissions were estimated at 26.5 million tons of CO2 emissions, 71% of which were from electricity use. Johannesburg is now using this evidence to create a detailed climate action plan.

Going forward, WRI, C40, and ICLEI will organize workshops in cities around the world to train city staff on how to most effectively utilize the GPC to achieve their climate goals. This program will be supported by the World Bank. Additionally, the WRI Ross Center for Sustainable Cities will use the GPC to help implement low-carbon solutions on the ground in cities. The Urban-LEDS project will support the first cities in emerging economy countries to submit GPC compliant reporting.

The World Resources Institute is a global research organization that spans more than 50 countries, with offices in the United States, China, India, Brazil, and more. Our more than 450 experts and staff work closely with leaders to turn big ideas into action to sustain our natural resources—the foundation of economic opportunity and human well-being. www.wri.org

The C40 Cities Climate Leadership Group (C40) is a network of large and engaged cities from around the world committed to implementing meaningful and sustainable climate-related actions locally that will help address climate change globally. C40 was established in 2005 and expanded via a partnership in 2006 with President William J. Clinton’s Climate Initiative (CCI). The current chair of the C40 is Rio de Janeiro Mayor Eduardo Paes; the three-term Mayor of New York City Michael R. Bloomberg serves as President of the Board. www.c40.org/

ICLEI-Local Governments for Sustainability (ICLEI) is the world’s leading network of over 1,000 cities, towns and metropolises committed to building a sustainable future. We help our Members to make their cities sustainable, low-carbon, resilient, biodiverse, resource-efficient, healthy and happy, with a green economy and smart infrastructure –impacting over 20% of the global population in 88 countries. www.iclei.org/

The Greenhouse Gas Protocol is a global collaboration led by WBCSD and WRI. It provides the foundation for sustainable climate strategies and more efficient, resilient and profitable organizations. GHG Protocol standards are the most widely used accounting tools to measure, manage and report on greenhouse gas emissions. www.ghgprotocol.org