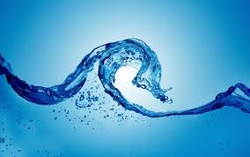 Session 2 on day 1 of the Local and Regional Authorities Conference focused on the recent progress in water actions in cities. Mayors from various cities shared recent developments in their areas.

Gilmar Alves Machado, Mayor of Uberlandia, Brazil spoke about innovative water projects going on in his city. Uberlandia is among the top ten in Brazilian cities for water sanitation, claiming eight sewage treatment station facilities and 36 sewage pumping stations. Mayor Machado believes that if the city invests in water at the present time then it can avoid water shortages in the future. Uberlandia has a number of programs aimed to protect and conserve water while at the same time raising public awareness of water issues. The first is a water resources protection program, in which they protect springs, rivers, and trees for the preservation of water resources. The city also has a ‘Cool Water Program’, which allows citizens to call a dial-complaint service if they need to report water waste.

The Local and Regional Authorities Conference is being held in Gyeongju, and the city’s Mayor, Yang-sik Choi, shares the city’s advancements in treating waste water. Gyeongju is a leading city in waste water management and has a high-tech water treatment plant. The city has developed advanced cleaning technologies, including low energy microbubble technology for waste water treatment.

Gyeongju has also taken up a water regeneration project to transform the city’s rivers from areas of excessive concrete and industry into ecologically healthy waterways. The city is removing concrete covers from the banks of the rivers, and over time the area has become greener and more natural.

Adem Esen, a member of the Executive Board of the Istanbul Metropolitan Municipality, shared a water success story from the city of Istanbul. Once the Golden Horn, an old waterway in Istanbul, was so polluted that previous mayors thought they would never be able to solve the pollution problem, and resolved to fill the area with soil instead. However, a solution was found, and technology was used to clean the area. Now one can even find fish in in golden horn.

Mayor Abdou Ouhou Dodo of Niger Tahoua City, Niger, explained that in his city water is supplied to the citizens from four water towers, but further strategies are being discussed. Despite this, we still need the support from nations worldwide [in establishing water security],” said Mayor Dodo.