South African city Johannesburg takes up the challenge of a car-free city! 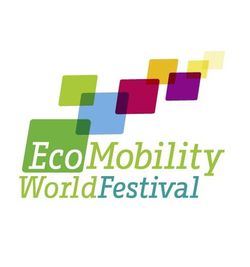 A unique event will take place in Johannesburg from 1-31 October 2015, during South Africa’s Transport Month. The City will be organizing the world’s second-ever ‘EcoMobility World Festival 2015’ – a month-long car-free city district event. The project will visualize an ecomobile future for residents and visitors in Johannesburg.

“We want to close off certain streets in Sandton, our second largest Central Business District (CBD) to car traffic and instead use these lanes for public transport, walking, cycling and other forms of EcoMobility during the entire Transport Month in October next year (2015)”, announced the Executive Mayor of the City of Johannesburg, Cllr Parks Tau.

He also said: “We want to show residents and visitors that an ecomobile fuure is possible and that public transport, walking and cycling can be accessible, safe, attractive and cool!” Mayor Parks Tau also ensured that the city will provide alternative transport in and out of Sandton during this month. The city will host discussions, fun runs, cycle rides and other events to attract people to the Sandton CBD to experience the car-free environment.

“Driven by ICLEI, we will partner with local organizations and stakeholders to make the Transport Month and the EcoMobility World Festival a success and a beneficial experience for all those involved.”

ICLEI is a worldwide movement of cities committed to changing their future towards a sustainable path. The City of Johannesburg is a long standing member of ICLEI. One of ICLEI’s key programs is EcoMobility – travel through socially inclusive and environmentally-friendly transport options, integrating walking, cycling and use of public transport.

The first EcoMobility World Festival was organized in 2013 by the city of Suwon, South Korea and ICLEI. The month-long event attracted over one million national and international visitors. The event also gave local innovators and businesses a chance to demonstrate their mobility alternatives to conventional fossil fuel vehicles.

ICLEI Secretary General Gino Van Begin said: “The concept of an ‘EcoMobility World Festival’ is the chance for a city to demonstrate to the entire world that citizens and city leaders can make a difference in addressing climate change, urban emissions and urban livability through transport. The way we move defines the future of our cities. EcoMobility supports a future transport system that is attractive, affordable, healthy and environmentally-friendly. Thus, benefitting the citizens in a city the most.”

“The EcoMobility World Festival is a once-in-a-life time opportunity for the local community to try out a scenario of future sustainable living”, says initiator and Creative Director of the EcoMobility Festivals, Konrad Otto-Zimmermann. Zimmerman works at The Urban Idea and is a former head of ICLEI. “It means experiencing and showcasing an ecomobile lifestyle in a real city, by real people, in real time.”

Over the next few months, the City of Johannesburg will engage in participatory approaches with residents, property owners, businesses and transport stakeholders to finalize the roads to be closed, the alternative arrangements and the festival activities.

“The city is committed to involving all relevant stakeholders to ensure participative decision-making in the event, and to communicate, celebrate and visualize a low carbon future through the lens of EcoMobility”, concluded the Executive Mayor, Parks Tau.

“We are proud of the citizens of Johannesburg for having taken such a landmark decision and for showing the world that urban transportation need not be reliant on fossil fuel vehicles. The city leadership in Johannesburg has made a commendable decision in choosing to provide a people-friendly urban transport system”, remarked ICLEI Secretary General Gino Van Begin

For more information on the EcoMobility World Festival, visit www.ecomobilityfestival.org or watch the documentaries at www.theurbanidea.com/7.html.