Is language creating a barrier to showcasing Africa’s best efforts?

With the achievement of the United Nations Sustainable Development Goals (SDGs) just under 10 years away, we need to rally towards inclusive and equitable approaches to urban development (1). With global human populations moving into cities, now more than ever, SDG 11 on sustainable cities and human settlements has become a cornerstone for sustainable development (2) (3). Building back better, leaving no one behind, and investing in nature for sustainable recovery is crucial. If we want to transform the global development trajectory, enhance our resilience to climate change, and halt, prevent and reverse any further degradation to our ecosystems, we need to redefine how we plan and design our cities and communities.

The Urban Natural Assets: Resilience & Restoration for Life (UNA: Resilience) Programme led by ICLEI Africa and ICLEI Cities Biodiversity Centre (ICLEI CBC) recognises the significant role nature plays in safeguarding people and the environment. The rapid decline in biodiversity; rehabilitating and restoring ecosystems; building resilience to climate change; and enhancing society’s water and food security are among the most fundamental challenges to date (4). By placing biodiversity and climate change considerations at the forefront of decision making, we ensure that cities respond to urbanisation and associated challenges by proactively planning for and with nature. Through UNA, we leverage the power of fully functioning ecosystems to benefit society, environment and the economy. This is acheived by adopting a human rights-based approach (HRBA), which seeks to ensure that human rights, justice and equity are central to decision making. 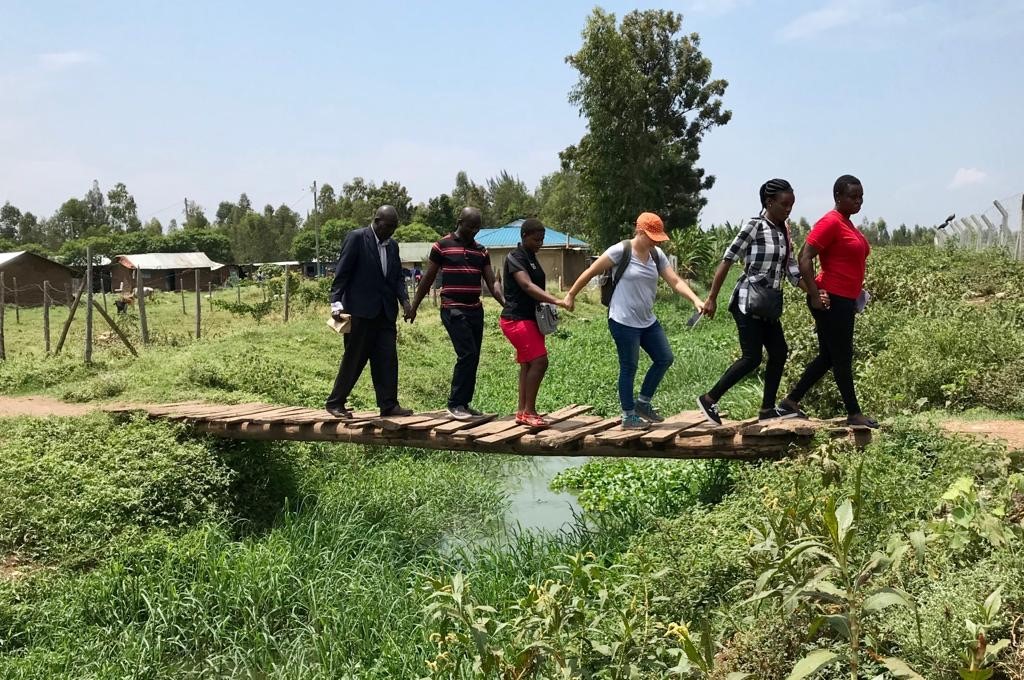 Investing in nature for sustainable recovery and development

Leveraging on the benefits of using functioning ecosystems to enhance society’s resilience and livelihoods, the concept of Nature-based Solutions (NBS) was developed as an umbrella term to unify ecosystem-related and issue-specific approaches (5). However, we cannot deny the paradox of language. We need it to communicate and unify ideas, but it can also have the opposite effect – misinterpreted, lost in translation and ultimately exclusionary.  Over the last decade, the evolution of the concept of NBS has brought about much confusion and discourse. Is it intended to replace existing approaches? And how does it relate to other approaches such as Ecosystem-based Adaptation? These are amongst the most common questions between practitioners and policy makers globally.

In actively transitioning towards sustainable cities and communities, understanding the implications of language, how we communicate, how we translate science into practice and how we profile Africa’s efforts is crucial for localising SDGs. If we want to achieve a just and inclusive transition, we cannot deny the need to mind the language and terminology gap.

The problems of language and the differing use of terms is a common problem in the NBS field, and given its interdisciplinary nature, these complexities are inevitable. We often assume that everyone shares the same interpretation or uses the same terminology but that is often not the case, creating problems in knowledge co-production and in this case, showcasing one’s efforts. What happens when the actions are relatable, but the language is not consistent with global terminology? Interventions and successes on the ground are left undiscovered, undocumented and ultimately deemed non-existent. That is the story of most NBS interventions in many parts of Africa.

In a recent discussion at the RISE Africa Action Festival, researchers and practitioners gathered to share their experiences navigating the language divide, specifically in African cities. Contrary to popular belief, Africa has a long history of utilising NBS, however, it has not always been iterated as such. Admittedly, most are informal and often small-scale in nature, rendering them unaccounted for and poorly documented, if at all showcased, especially in published literature and on global platforms.

Paving the way to achieving SDG 11

If we want to successfully contribute to accelerating local solutions, and feed into what remains of the Decade of Action, we need to ensure no one is left behind. Undoubtedly, Africa has the capacity to act, but how can we improve how these actions are communicated and profiled? Through participatory knowledge co-production, innovative and creative approaches such as learning labs, focus group discussions, adoption of urban tinkering principles and visual arts, we can successfully bridge the gap and transform knowledge co-production and information sharing on NBS, making sure that everyone knows the appropriate terms within the context and is  able to utilise them appropriately (6).

Moreover, to successfully magnify Africa’s visibility, it is critical that we explore scalability as a significant factor in localising small-scale NBS solutions. We need to move towards mainstreaming these solutions at a larger scale, fully considerate of the complexities of scaling up for practice, theory and policy.

Additionally, we need to document our efforts across various channels by framing the benefits, nature’s contribution to people and demonstrating nature’s ability to reduce risks, vulnerabilities and improve livelihoods. Through continued monitoring, evaluation and use of quantifiable metrics, we can make the case for enhanced upscaling and move from what is currently deemed “noise” to multiple data-driven studies that can easily be scaled up (7). By capacitating cities in data collection on natural assets, socio-economic dependencies and nature’s benefits to people, we can start cataloguing Africa’s contribution to the Decade of Action and beyond, producing resources for global dissemination, telling the African story.