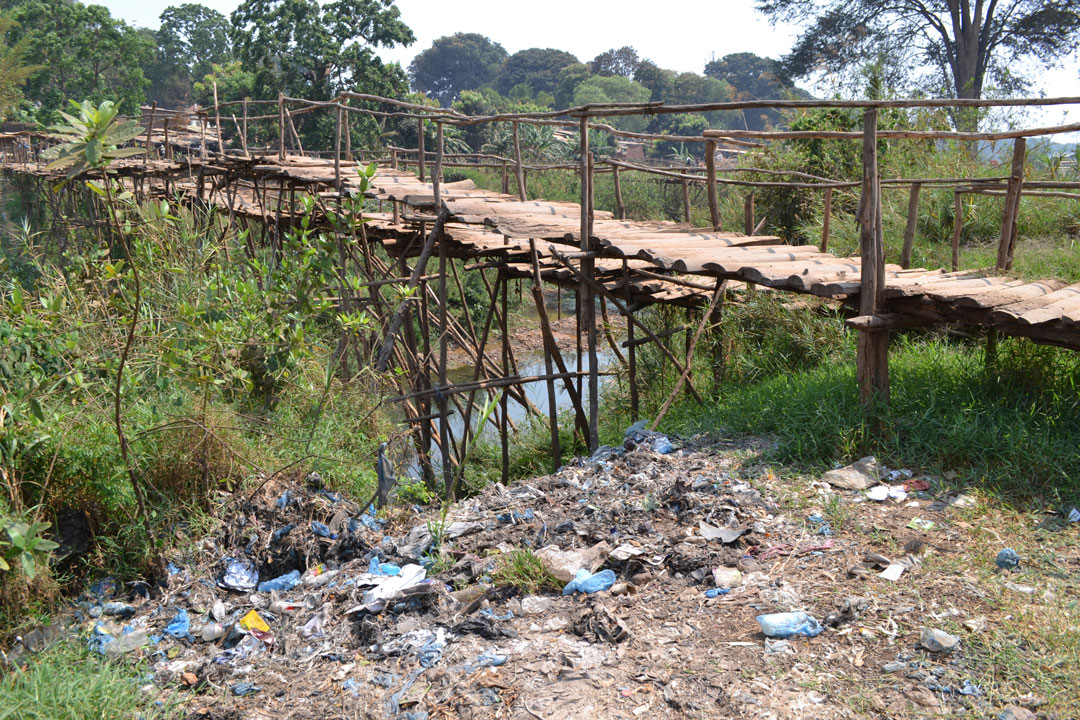 In a time when our cities are bursting at the seams, we need deep, systemic change to build climate resilient cities through preserving our urban nature – laws and policies that embed nature in city planning. Changing policy is a slow, uphill journey, which makes our recent influence in Malawi all the more significant.

Lilongwe City, the capital of Malawi, is often referred to as a ‘garden city’ for its wild, open spaces. But rapid urban expansion is posing a significant threat. New developments shoot up on river buffer zones, important wetlands are becoming private developments and new housing plans make limited provision for green or public space. Policy reform is vital to retaining the natural assets of this mushrooming city.

UNA Rivers, funded by SwedBio and one of ICLEI Cities Biodiversity Center’s well-established projects, is affecting subtle positive shifts along the city’s path to a sustainable future. Through this project, we have been working with Lilongwe City since 2014 on mainstreaming nature in urban planning for climate resilience.

National policies impact cities’ growth and, as they expand, whether urban nature is conserved or covered in concrete. UNA’s influence in two new national policies in Malawi is advocating for urban parks and other pockets of nature permeating the infrastructure.

Lake Malawi is an icon in the landlocked country and could run out of fish by 2050 if high volumes of thin plastics flowing into it isn’t curtailed.

The Ministry of Lands, Housing and Urban Development drafted two policies: The National Land Use Policy and the Malawi Urban Policy. When these drafts were circulated for general comment, we were ready with strong, visual research products that provide practical, local information to consider during planning. While the products themselves proved useful, the shared learnings provided during the presentation workshops also opened vital channels for continued guidance in the future.

Together with the city council, UNA had created engaging maps that show a bird’s eye view of the city, differentiating between built-up and green areas. The value of the maps lies in the priority status given to certain urban natural assets. Those marked red, for instance, have sensitive habitats or are biodiversity hotspots and should be conserved. It shows policy makers that nature should carry more weight in planning and that certain parks and green spaces should receive priority.

Jess Kavonic, programme manager of UNA remarked that “the priority maps that were co-created with the Lilongwe city council not only provided the ideal platform to bridge the worlds of planning and environment, linking those that have the information with those that make decisions, but also allows nature to be at the forefront of planners’ minds. Through the priority status, natural assets were presented in a user friendly format for future city planning.”

Such information from local government level is not often used to influence national policy, yet is so crucial in making change. This bottom-up flow is closing the gap between different levels of government, which improves the vitally important multi-level governance.

This map of Lilongwe shows the biodiversity hotspots and their priority status to be considered during city planning.

The engagement goes further. Rather than merely handing over the priority maps, we also presented our co-production methods in undertaking the project. This sparks hope that national government might apply these methods in other urban areas in the future. Through deep engagement, policy makers were able to see the importance of mainstreaming nature and truly comprehend why it deserves priority and why it is essential in planning for climate resilience. Beyond influencing policy, it’s creating champions for nature and climate among policy makers.

Lilongwe’s bats and other influencers for national biodiversity report

As part of the reporting to the Convention of Biological Diversity (CDB), countries have a mandatory obligation to create biodiversity progress reports that show the country’s biodiversity targets and how it’s fairing in achieving them. Yet there is often a disconnect between high-level efforts and what is actually happening on the ground. This recently changed when Malawi’s Department of Environmental Affairs asked UNA Rivers to contribute to its draft national biodiversity report. UNA had already been doing extensive research on biodiversity in Lilongwe. Over the years it’s gathered useful information on habitat types, habitat fragmentation, key biodiversity species, and land use change. 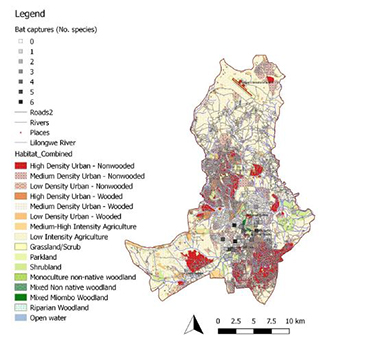 Robust data collection and analysis tell a decidedly local story of nature in the city. Bats, for instance, can tell us a lot about the state of the environment, as they are particularly sensitive to change. While pressures like landscape change, agricultural intensification, development and habitat fragmentation influence many species, bats respond to them in predictable ways that are easy to monitor. This makes them indicators of the wider health of nature in the city.

Bats also help humans flourish through the vital role they play in the environment. They pollinate mango, banana and certain species of cocoa. They control pests by eating thousands of moths and mosquito’s, as well as a range of insects that threaten crops, reducing farmers’ need for harmful pesticides.

By doing a bat survey, UNA was able to identify biodiversity hotspot’s in the city and advise on areas where development should be limited, not only to protect the services bats provide, but also the many other species that would be impacted by ill-considered development.

“I didn’t know how important bats are for cities. I now love bats!” – Councillor Elijah Botha, ex-chair of the health and environment committee, Lilongwe.

The bat survey is only one map that is feeding into the report. UNA’s research on land use change provides more on-the-ground facts. Over time, it’s been tracking how much forest is lost due to agricultural expansion in the municipal boundaries of the city of Lilongwe, another key consideration for a biodiversity progress report.

Such local stories make a strong case for nature in national policy. They may not have yet changed any laws, but they’re significant drops in the ocean for reaching urban-nature harmony in expanding African cities.

Sometimes local-level research can change laws. ICLEI Africa’s UNA team had a direct role to play in Malawi’s recent ban of plastic bags, which made news headlines. The government and Lilongwe Wildlife Trust, among other organizations, had to fight big plastics manufacturers to reinstate the ban, which was originally instated in 2015.

75,000 tonnes of plastic is currently produced in Malawi each year, 80% of which is single-use plastic that cannot be recycled. Unless the high volumes of discarded, thin plastics are curtailed, Lake Malawi, an icon in this landlocked country, could run out of fish by 2050.

Thin plastics are posing a serious threat to Malawi’s environment

Without hard facts like these, it’s difficult to make a strong case. This is why ICLEI Africa assisting the Lilongwe Wildlife Trust to help the Environmental Affairs Department (EAD) prepare for its day in court. We did research on the detriment thin plastics can have on Malawi’s environment, highlighted the role of rivers in distributing them, and compiled case studies of how other African cities have taken action. Together with a joint, signed petition, this research fed into a thorough report which the EAD took to court to tilt the ruling in the environment’s favour.

As of 31 July 2019, it is illegal to produce thin plastics in Malawi. Manufacturers that violate the ban can be fined, forced to close factories, and authorities can seize prohibited products.

“Today’s judgement is a fantastic victory for everyone who wants to see a cleaner, healthier, and prosperous Malawi. Public, political, and scientific opinion has long been in consensus on the issue of thin plastics, and I am delighted that Malawi now joins a progressive international community standing up for their natural heritage.” – Jonny Vaughan, CEO of Lilongwe Wildlife Trust